New York cemeteries that are incorporated under New York’s Not-for-Profit Corporation Law (N-PCL) are regulated by the state. The state of New York has no jurisdiction over religious, municipal, private (or family) and national cemeteries.

The New York State Board oversees Division of Cemeteries operations and administers the New York State Cemetery Law. The Cemetery Law sets standards for the establishment, maintenance and preservation of burial grounds  in  this state. The Board is made up of the Secretary of State, as chair, the Attorney General and the Commissioner of Health.

The following information applies only to regulated cemeteries . .

What are my rights as a lot owner?

Can I choose how my remains will be cared for?

Yes, you have a choice of how your remains will be cared for, including burial, cremation and entombment. We recommend that you prepare written instructions explaining your wishes.

Can a cemetery refuse burial?

Is there any time limit for filling a grave after burial?

While there is no legal requirement on the specific period for backfilling a grave, the Cemetery Board does require that it be completed within a reasonable time.

Can I be buried on private property?

While some communities may have local regulations on this matter, there are no state rules concerning burial on private property. However, the State Sanitary Code (10 NYCRR, Parts 100-158) does define the distances required between cemeteries and water sources (which vary from district to district). If you wish to make burial arrangements on private property you should check with your local government officials.

Is a concrete vault or grave liner required for burial?

One purpose of the concrete vault or grave liner is to deter the collapse of the grave and to protect the casket. As of January 1, 1985, an incorporated cemetery may require the use of a concrete burial vault on all lots purchased after that date. Written information on this requirement must be provided to potential lot owners prior to purchase. In the event that this requirement conflicts with one’s religious beliefs, it will be waived.

Are there rules on who inherits unused graves or family plots?

Burial rights obtained through inheritance should be recorded with the cemetery. Section 1512(b) of the N-PCL regarding ownership of lots states that unless specifically assigned by will (including reference to the specific lot number, section number, cemetery name), a cemetery lot is inherited by the descendants of the lot owner.

As a lot owner, do I actually own cemetery property?

Cemetery property is owned by the cemetery corporation. The real property is not sold. The lot “owner” receives three privileges: the right of burial, the right to memorialize (i.e., to place a marker or headstone) and the right to vote at lot owner meetings.

What is perpetual care?

Can I sell my cemetery property?

If there are any burials/entombments (bodies or cremated remains) in the memorial property, it cannot be sold. If there are no burials, you must first offer the memorial property back to the cemetery at the original purchase price plus four percent simple interest per year. If the cemetery is not willing to pay that price, they will give you a letter of refusal so you will be free to find a buyer.

Of our beautiful cemetery grounds. 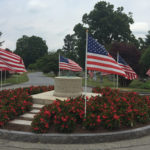 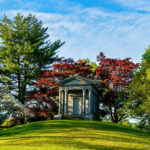 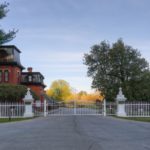